Colorado Association of REALTORS | Lower Tax Rate is One of the Factors in Mortgage Approvals in Colorado
37368
post-template-default,single,single-post,postid-37368,single-format-standard,edgt-core-1.0,ajax_fade,page_not_loaded,,colorado association of realators-child-ver-1.0.0,hudson-ver-1.5, vertical_menu_with_scroll,smooth_scroll,blog_installed,wpbdp-with-button-styles,wpb-js-composer js-comp-ver-6.0.3,vc_responsive 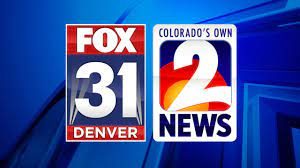 REALTOR News, REALTORS in the News

The highest rates of mortgage approval are occurring in Summit, Routt, Grand, Boulder and Douglas counties, according to Fox31’s Kevin Torres, who used data from a company called Smart Asset. The news story credited CAR by saying that the listed counties tend to have low tax rates and fairly high income levels.

Kelly Moye, a spokesperson for CAR, was also quoted in the news story, “I don’t think prices are going to go down in 2022, and I think interest rates will probably go up. There is a window of opportunity here for the next six months for buyers who are trying to get into a home.”

To see Moye and the entire story: