Colorado Association of REALTORS | With a week left, here are bills lawmakers should kill and a few they should pass
30773
post-template-default,single,single-post,postid-30773,single-format-standard,edgt-core-1.0,ajax_fade,page_not_loaded,,colorado association of realators-child-ver-1.0.0,hudson-ver-1.5, vertical_menu_with_scroll,smooth_scroll,blog_installed,wpbdp-with-button-styles,wpb-js-composer js-comp-ver-6.0.3,vc_responsive

With a week left, here are bills lawmakers should kill and a few they should pass 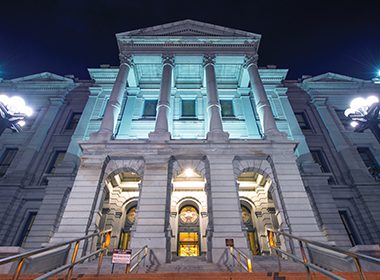 With a week left, here are bills lawmakers should kill and a few they should pass

As Democrats are scrambling to get the last of their agenda accomplished before the 2019 legislative session ends in almost exactly a week, we thought we’d help them with a little bit of prioritization.

First, there are two terrible bills that Colorado lawmakers should pitch out the closest window.

Senate Bill 225 would do away with a long-standing prohibition on rent control policies across the state. In other words, it’d open up the flood-gates for more progressive cities to place caps on rent. For decades, economists have decried rent-control as a failed economic policy that has left housing conditions worse off in the places it has been implemented. There are better ways to address the high cost of housing in certain Colorado communities. We suggest lawmakers instead focus on passing House Bill 1228 which would make an extra $150 million available to developers over the next four years who build affordable housing.

House Bill 1278 would make significant changes to the state’s elections laws. While Rep. Susan Lontine and Sen. Steve Fenberg have worked hard to make this bill palatable to the folks in Colorado charged with running elections, we don’t think palatable is a good enough standard for these kinds of sweeping changes, especially one with a $2.8 million fiscal note. The bill has a noble goal – reduce election wait times so no-one gets disenfranchised on Election Day – but everything but the kitchen sink was thrown in without looping clerks in early enough in the process. It’s time for lawmakers to walk away and try again in 2020.

But there are also two bills that we think it would be a shame if lawmakers didn’t pass before the end of the session on May 3.