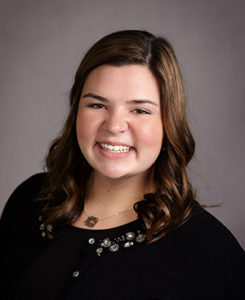 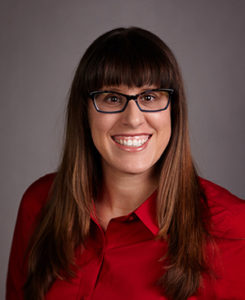 Peetz, a licensed attorney in Colorado, Nebraska and Washington D.C., has been with the association’s government affairs division since January 2016 serving as government affairs manager under Ted Leighty who was named CEO of the Colorado Association of Homebuilders in early November. In her new role, she will direct CAR’s public policy efforts and manage the association’s government affairs division. Specializing in policy development, advocacy, and legislative affairs, Peetz will also oversee CAR’s Legislative Policy Committee, as well as its candidate endorsement process through the CAR Political Action Committee. The association advocates for more than 25,000 REALTOR ® members across the state and works to pursue sound public policy outcomes that protect property rights.

“We’re incredibly fortunate to be able to maintain the momentum and success of our government affairs division through a seamless transition of leadership in Elizabeth and Madeline,” said CAR CEO Tyrone Adams. “Our members will continue to benefit from the breadth and depth of our relationships at the legislature and the tremendous policy work being done on behalf of those members and Colorado homeowners alike.”

Peetz has more than 12 years of experience in government affairs and legal analysis. As a public policy manager for Mallinckrodt Pharmaceuticals, she spearheaded policy intelligence operations on the federal, state and local levels and expanded corporate relationships with state legislative organizations, trade associations, and consultants to inform and create national advocacy campaigns.

“I’m excited and honored to have the opportunity to work with our leadership team and our members to build upon CAR’s strong government affairs foundation,” said Peetz. “Our members are working on the frontlines to help enable the American dream of homeownership and we will focus our efforts on increasing the institutional capacity and bring new innovations to our existing programs as we enter a very important year of advocacy in 2018.”

Prior to Mallinckrodt, Peetz served as associate general counsel for Professional Finance Company and worked as a policy associate for the Near East South Asia Center for Strategic Studies. She also managed a $500 million democracy promotion non-profit Elections and Political Process Strengthening program that administered elections, trained women to run for office, and promoted civil society and governance in over 70 countries at the International Republican Institute. Prior to IRI, she was a Congressional staffer for Congressman Scott McInnis in Washington, D.C.

Peetz grew up in Greeley, Colo. and earned a bachelor of art’s degree in International Affairs from CU-Boulder, and a juris doctorate from Creighton University. She is active in numerous community, civic and industry organizations and associations.

Madeline Cain, who has served as the association’s government affairs coordinator since 2014, has been named CAR’s government affairs manager where she is responsible for researching and developing public policy that affects Colorado REALTORS.  With an extensive background in political fundraising, Cain will oversee the strategic fundraising plan for CAR’s REALTOR® Political Action Committee and assist with the association’s Legislative Policy Committee and candidate endorsement process.

Prior to her work with CAR, Cain served as a Constituent Service Representative for Senator Mitch McConnell in Louisville, Kentucky. She is a graduate of the University of Mary Washington with a Bachelor of Science in Business Administration.

The Colorado Association of REALTORS® is the state’s largest real estate trade association that represents more than 25,000 members statewide. The association supports private property rights, equal housing opportunities and is the “Voice of Real Estate” in Colorado.  For more information, visit www.ColoradoREALTORS.com.