Denver – Members of the Colorado Association of REALTORS® (CAR), as part of the Homeownership Opportunity Alliance (a bipartisan statewide coalition of housing advocates, business leaders, metro area mayors and builders), stood with Gov. John Hickenlooper in the West Foyer of the Colorado Capitol on Tuesday as he signed HB 1279, the Construction Defect Actions Notice Vote Approval bill, into law.

The bill, unanimously approved by the Colorado legislature, marks the start of what many hope will be the first step towards more attainable housing options for Coloradans and the end of a four-year process to find some common ground, according to CAR’s government affairs leaders.

CAR encourages the development of more attainable housing options, and supported the passage of HB1279 as a move in the right direction toward a more comprehensive solution with more work still to be done by all parties involved in the process.

“Homeownership is vital to our economy and helps our communities thrive. That’s why CAR has supported and championed construction defects reform that would encourage builders to break ground on condos and townhomes,” said Mark Trenka, CAR Chairman. “We believe the right reform will allow for homeownership to once again be realized by so many who have been out-priced by the current market. CAR applauds the state legislature for finding enough compromise to pass legislation that gets the ball rolling in reforming the current statutory environment for Colorado’s citizens.”

The informed consent law is seen as a first step towards encouraging builders and developers to start building again while protecting the legal rights of individual homeowners. As it is written, nothing in the law stands in the way of individual owners who have a legitimate construction issue from seeking a legal remedy. Additionally, the law protects homeowners by ensuring they are aware of a potential lawsuit that could impact selling or refinancing their home and tightening up voting procedures so a majority of homeowners must approve initiation of a legal action against a builder rather than leaving that decision to the homeowner association board. 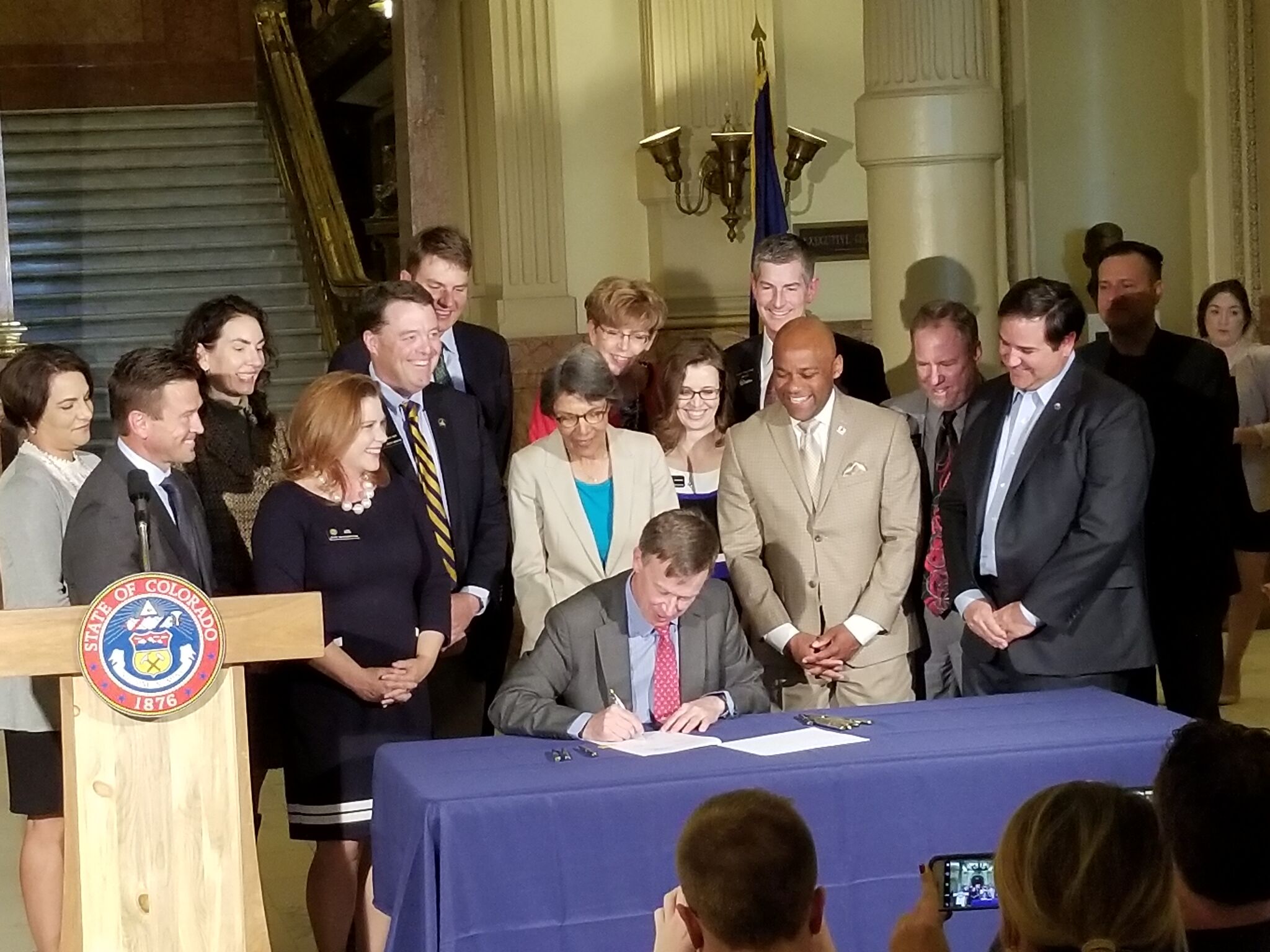 Above: Governor John Hickenlooper signs HB 1279 into law with Denver Mayor Michael Hancock and representatives from a wide range of organizations who supported construction defects reform, including members of the Colorado Association of REALTORS®. 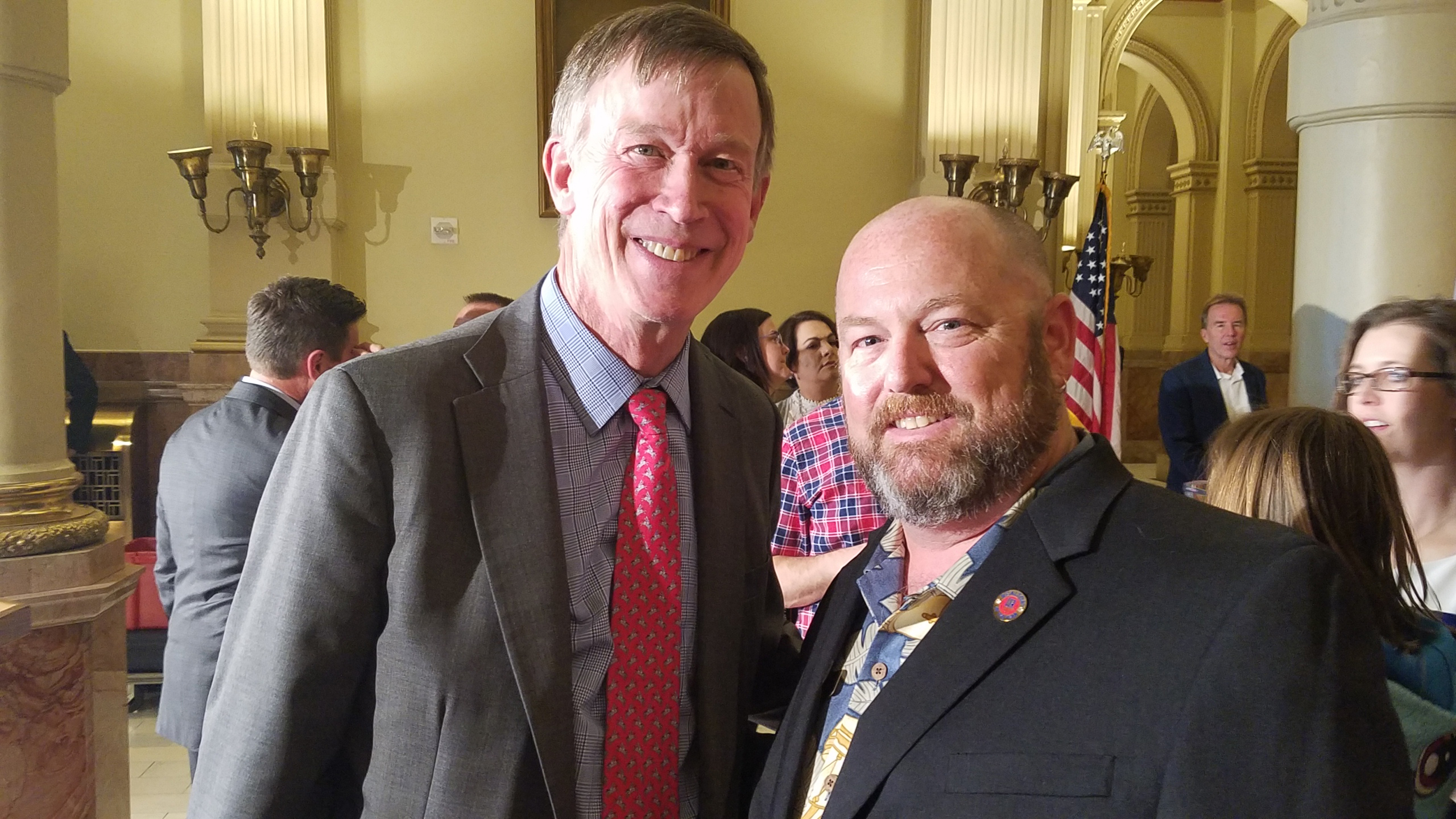 Governor John Hickenlooper and REALTOR® Sean M. Dougherty in the West Foyer after the signing of HB 1279.

The Colorado Association of REALTORS® is the state’s largest professional, voluntary, non-profit, real estate trade association that is dedicated to serving more than 24,000 REALTOR® members across the state. Learn more by following @COREALTORS on Twitter or /ColoradoREALTORS on Facebook.

The Homeownership Opportunity Alliance is a coalition of affordable housing advocates, business leaders, mayors and economic developers. Learn more by following @Housing4CO on Twitter or Housing4CO on Facebook.