The Morgan County Board of Realtors heard that the Colorado Association of Realtors is “trying to do a lot more local legal outreach.”

Scott Peterson, general counsel for CAR, said this during his presentation at the quarterly MCBOR meeting Feb. 11 at the Country Steak-Out in Fort Morgan. He said MCBOR was the first local Realtors organization where he was giving a presentation, but he planned on doing many more such visits. Peterson went over several things CAR is offering to local-level Realtors, including a legal hotline that is free with membership as a Realtor in Colorado. He said that Realtors can call the hotline and ask their questions “no matter how innocuous.”

But he did point out that legal information received through the hotline was just that, not legal advice.

“It’s a really valuable service, and I encourage you to use it,” Peterson told the Realtors.

He also pointed out that CAR was adding more lawyers at the state level, and that there were many services and resources available through the organization’s website, with more to come. Peterson said he plans to put together top 10 lists of responses to issues and questions that are commonly asked by Colorado Realtors, but he did not have that ready yet. Still, he said that the top topic CAR lawyers are getting asked about these days is marijuana.

“As a Realtor, you need to be thinking about access to areas of the home to show,” Peterson said. “A lot of homes now have pretty sophisticated grow areas.” These grow areas can wind up with issues related to the water and electrical systems and even mold problems, he pointed out. “Really, it’s inspection issues that you have to be aware of,” he said.

Realtors then need to consider how to stage the home with a grow or making it “go away” during showings. Also, it is important to talk to the sellers about who put in the electric and water systems for the grow, he said. Peterson also pointed out that growing marijuana is not considered a hazardous material, like cooking meth, so there typically are not “extensive cleanup” or property disclosures required with the grows.

“As a state, we’re on the forefront of creating our own laws here,” Peterson said. But that has downsides, too, he said. “It’s legal here in Colorado; it’s a constitutional right,” Peterson said. “But it’s illegal in the federal sense.” 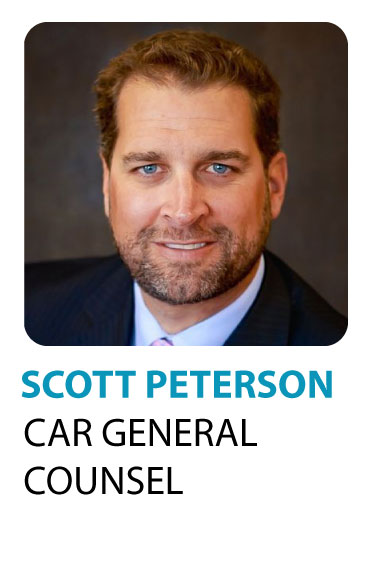 For Realtors who also deal in property management or multi-unit sales, he said it was important to address marijuana in a lease or sale agreement, as landlords have the right to restrict the drug’s production and use. He said illegal activity clauses can be used for eviction for marijuana issues, since it it is illegal federally. Even if a community has not dealt with much of this yet, it was important for the Realtors to stay up on it, Peterson said.

Just the conflicts between the state and the federal levels and the potential for changes with banking, drug enforcement and property laws at any time was something of which to be aware, he said. “Lenders have all kinds of perspectives on marijuana issues,” Peterson said.

And commercial properties may have trouble with securing loans if they are to be associated with marijuana, he said. But that should not mean issues with getting titles after sales, possibly just with securing the financing to close a deal.