According to many sources, oil price drops can be good for housing. But, there are some downsides. Here’s our analysis.

If you’ve been to the pump lately, you’ve surely had sticker shock in a good way. Another positive thing about oil price drops is that, experts say, it’s a good thing for the housing market. American consumers will have more spendable income, feel wealthier and be able to save more (hopefully for that down payment). This can lead to more household consumption on all kinds of things related to housing, including the ability to invest in new homes. Along with the loosening of standards from Fannie and Freddie and lowering of costs by FHA, this could add measurably to housing sales in the United States.

Others caution that there will be job losses in the energy states (Texas, Oklahoma, Colorado, Alaska, North Dakota, Montana, Ohio, Louisiana, and Pennsylvania, to name a few) and that employment will take a material hit in those states. Further, lower expenditures for gasoline have little impact on the ability of households to qualify for a  . What matters is a consumer’s income, not their monthly consumable living expenses. So, there are many forecasters who think that the crash in oil prices (and natural gas has followed it down) may have, at the best, a neutral effect on the housing market. 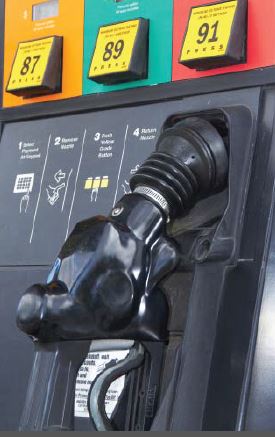 We haven’t seen a crash in energy prices for this duration and depth in some time. This one is not caused so much by over-supply (that is estimated in a single-digit range on a per-day basis) but by forecasters who see the world’s economy slowing every-where in the face of the increased production of hydrocarbons. So, this decline is more about a slowing global economy (evident in current data) and less about some huge oversupply.

What are the impacts on the American housing market when the world’s economy slows? With over 12 percent of all purchases last year coming from outside the country, it could have a material impact, especially when you consider that the country with the largest numbers of its citizens buying our real estate, Canada, has broad exposure to the world’s natural resource economy.

It will be an interesting year.

This article originally appears in the February 2015 issue of the REAL Trends Newsletter and is reprinted with permission of REAL Trends Inc. Copyright 2015